We have been to Paris many times; when we were truly young and when we are still young at heart!

Every time you visit Paris you tend to discover that magic feeling in your heart; a feeling of exuberance, fun and joy.   Two reasons:  the city celebrates love (joie de vivre is a French word, remember) and the city is blessed with beautiful buildings enveloped by wide open spaces bringing in lots of light and air.

Napoleon III instructed Baron Georges Eugene Haussman to “bring light and air into the city”.  Haussmann did a "Beijing for Olympics" on Paris, applied gentle persuasion on people to vacate crowded ghettos, bulldozed the hutments and built wide boulevards, sylvan parks, majestic squares and bubbling fountains.    Every time you see Paris from the sky (with wide avenues radiating from the central Etoile), you need to give credit to imperious Napoleon III and insensitive Haussmann.

The best arm radiating from Etoile is probably the Champs Elysees  (the main street with all the shops; some say the most expensive piece of real estate in the world).  Walking along Champs Elysees at sunset (as the dull light fades and neon takes over) is an awesome experience.

The Eiffel Tower has come to symbolise Paris.  Some love it.  Some don’t.  I do.  On a clear day, the tower appears very inviting.


Once you navigate past the street performers and vendors of sundry gadgets and climb up the tower, you get spectacular views of the city.

You can see the seemingly still Seine with its Rive Gauche and Rive Droit, the left bank and right bank respectively. (Why do the French think left is awkward and right is skillful?  There is some bias in the language).  If you watch carefully you can see the original statue of liberty in the island in the center. 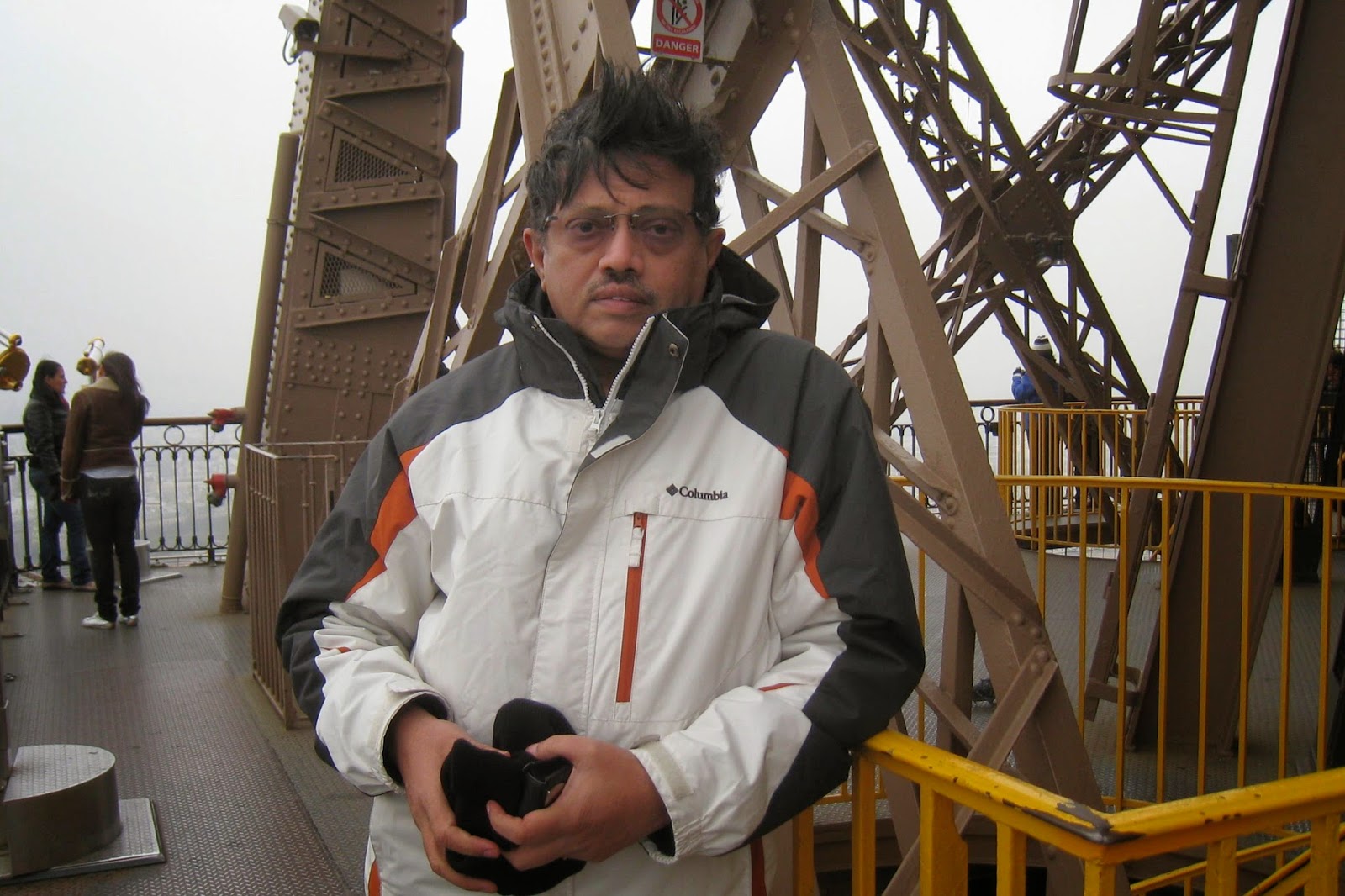 Your next stop should be the Church of Notre Dame.

The imposing cathedral is bathed in bluish/pinkish light by the rose window; and bathed in compassion by Virgin Mary cradling Christ in the Pieta at the altar.

Legend has it that St Denis (whose head was cut off by persecutors in third century) picked up the severed head and walked a few miles to the hills (since named after him) preaching the new religion.  Notre Dame offers a wonderful view of St Denis/Montmartre (Mountain of the martyr) where Denis was martyred.

What would I remember the most from Paris?  Three things:

One, the grandeur of Versailles.  One can imagine young Marie Antoinette waking up from her golden bed and looking through the beveled glass picture windows the expansive gardens of Versailles while thinking about her home in the Hapsburg capital Vienna.


Two, the small room in the basement in the Conciergerie where she was kept before being given her death sentence by the Republicans.

Three, and this was in Madame Tussaud’s London, where her execution scene was displayed:  a red eyed soldier in drunken stupor with his hand on the guillotine, spectators with varying expressions of shock, amazement and anger, sobbing maids and a very calm Marie Antoinette making slight adjustments to her dress so that she does not look inelegant after being executed.

By the way, she never said “Let them eat cakes”.  That was, just as Napoleon’s height, a myth created by bad translation of French to English.
Posted by T R Santhanakrishnan at 8:08 PM